The 3rd (online) InterSCity Workshop is at full steam

The third edition of the InterSCity (National Science and Technology Institute – INCT – of the Future Internet for Smart Cities) Workshop is being held from April 7th to June 9th. The event was planned to take place from April 5th to 8th in Itamambuca (SP), but was restructured to take place remotely, via Internet, due to the coronavirus pandemic. The presentations were rescheduled and divided in 5 technical sessions covering the topics of urban mobility, computer networks, Internet of Things platforms, Big Data, cloud computing, middleware, and citizen science. The aim of the workshop is to allow InterSCity members to present and discuss ongoing research and the possibilities of future projects.

The first session, held on April 7th, was about urban mobility. It gathered 48 participants (professors, researchers, experienced industry experts, and graduate and undergraduate students) from 7 institutions via video conference.

The session started with the work “Visualization of Source-Destination data with Bundling” presented by the Masters student Tallys Gustavo Martins, supervised by Professor Fabio Kon from IME-USP. Tallys showed the results obtained with the application of different visualization techniques that can be used to facilitate the detection of mobility patterns in a city. The main source of data for this work was the Origin-Destination Survey conducted by Companhia do Metropolitano de São Paulo. The pattern matching between the flows identified by Tallys’ work and the main mobility infrastructure of the city proves that the project reached its main objectives. 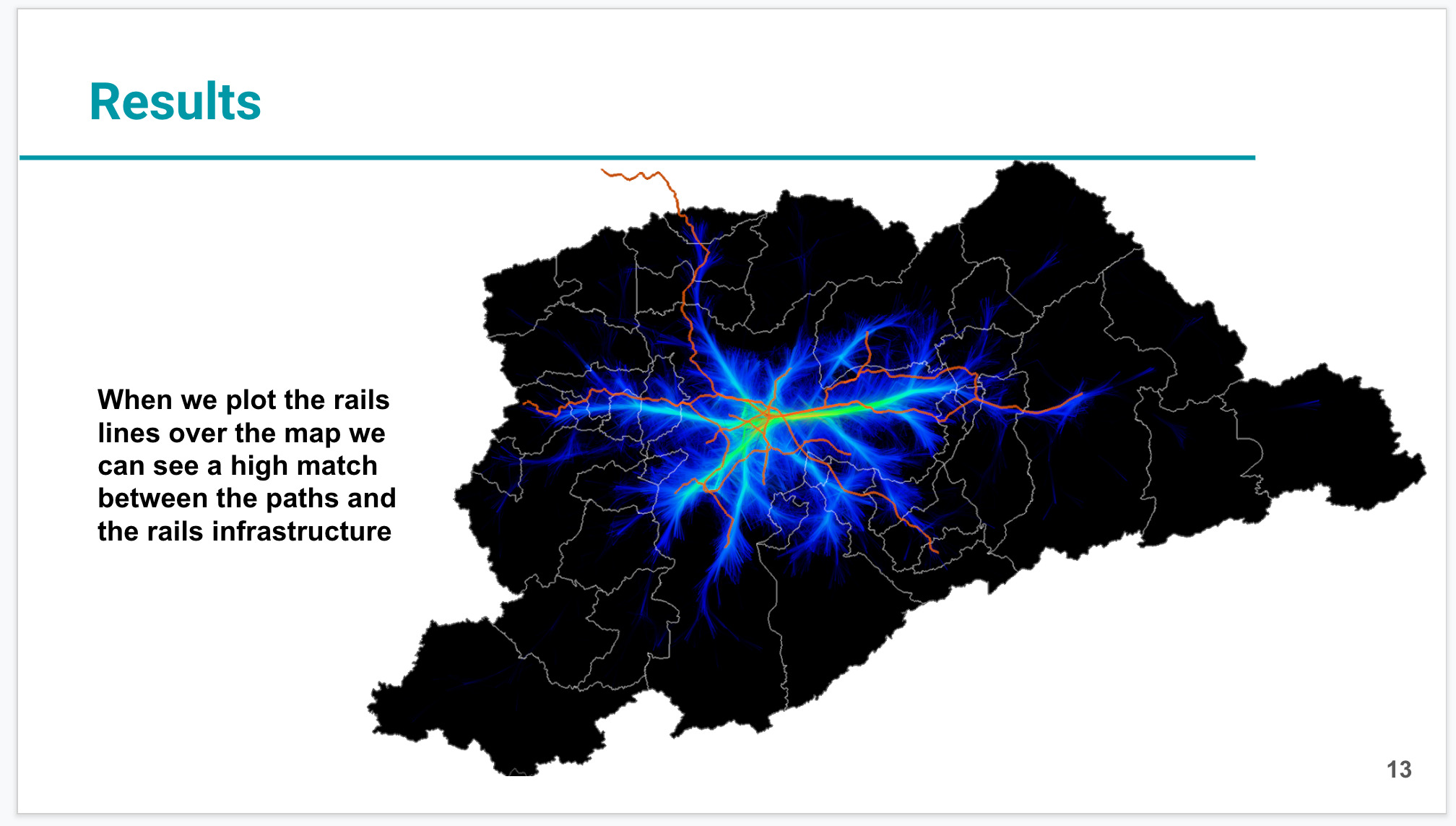 Higor Amario de Souza, Post-doc from IME-USP, presented the work “Analysing São Paulo Cycling Data”. Higor described results obtained within the BikeScience project, which aims to use data science to assist public policies related to the use of bicycles in cities. In addition to data from the Origin-Destination Survey, Higor also used data provided by bicycle-sharing companies in the city of São Paulo. Among the various results obtained with the research, Higor was able to describe the flows resulting from trips using bicycles at different times, which is useful information both for companies, as they can better define the number of bicycles to be made available in certain locations, and for managers, helping them in prioritizing renovations or construction of bike paths in the city. 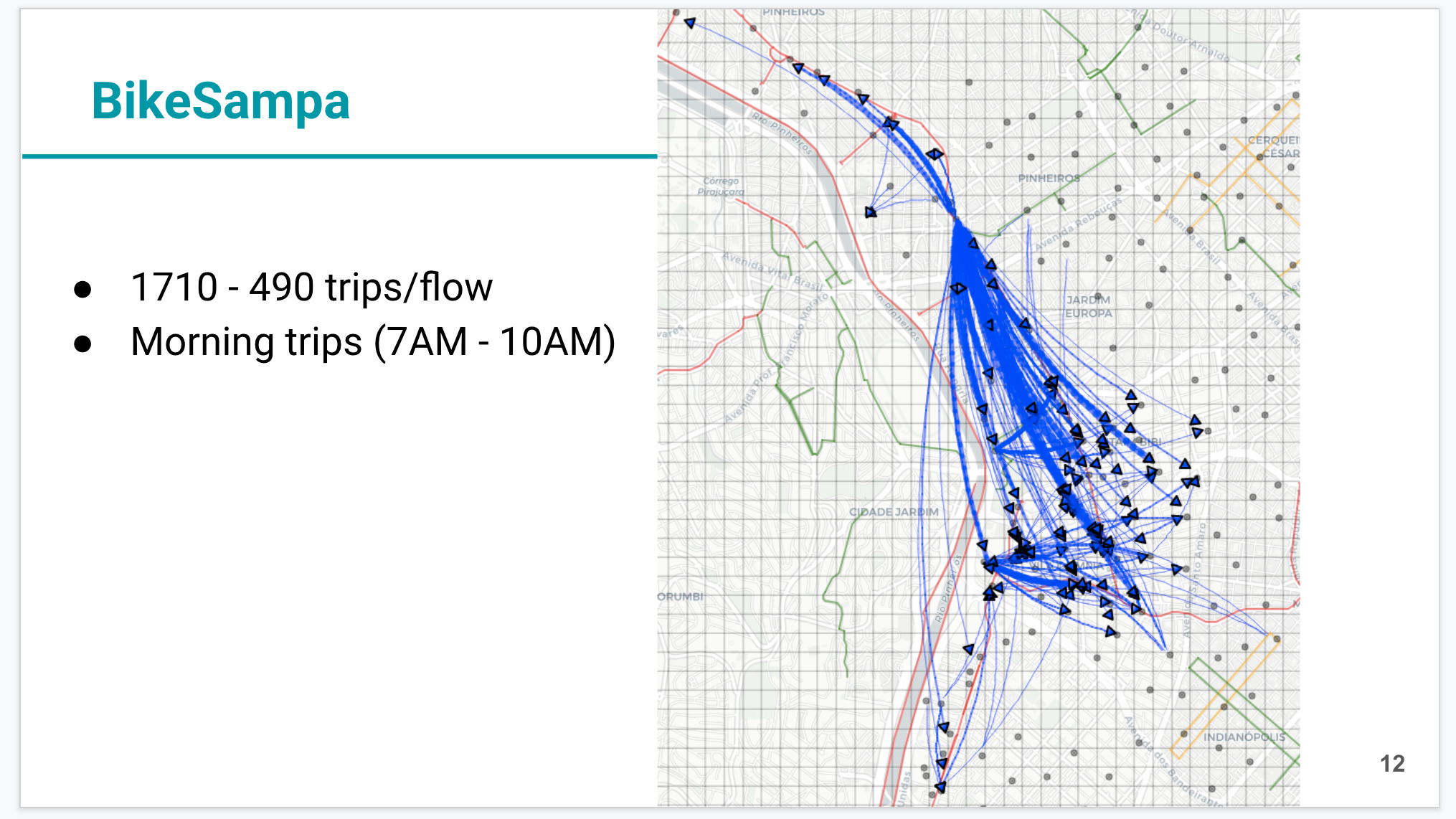 The third presentation of the session was the work “Framework for real-time bus data processing”, presented by Ph.D. student Mayurí A. Morais, supervised by Professor Raphael Y. Camargo from UFABC. Mayurí justified the need for an open platform for real-time processing of data from urban bus systems. This platform would allow faster detection of anomalies in the operation of urban bus systems. Such faster detection may help reduce waiting times at bus stops and reduce congestion. As a result, Mayurí presented the platform architecture and the processing times obtained so far. 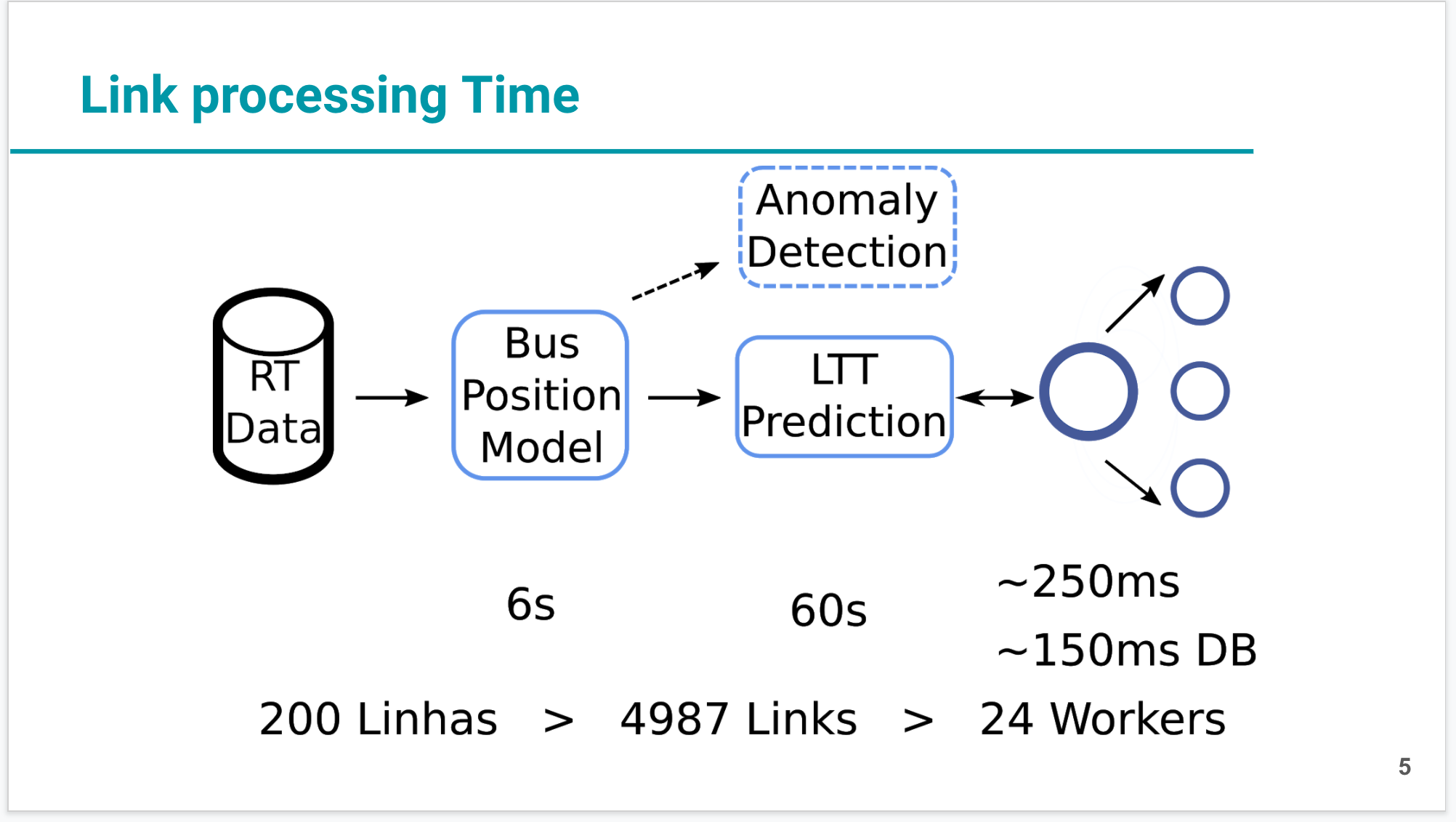 The fourth presentation, entitled “Monitoring of public transport emissions in the city of São Paulo”, was presented by Roberto Speicys Cardoso, founding partner of the company Scipopulis. Roberto showed the results obtained from a system developed with the objective of monitoring the atmospheric emissions generated by public transport. Among the various results presented, he highlighted those that showed some of the effects of the coronavirus pandemic in the city of São Paulo: reduction of carbon dioxide emissions, due to the reduction of the fleet, and increase in the average speed, due to the reduction of vehicles traveling in the city. 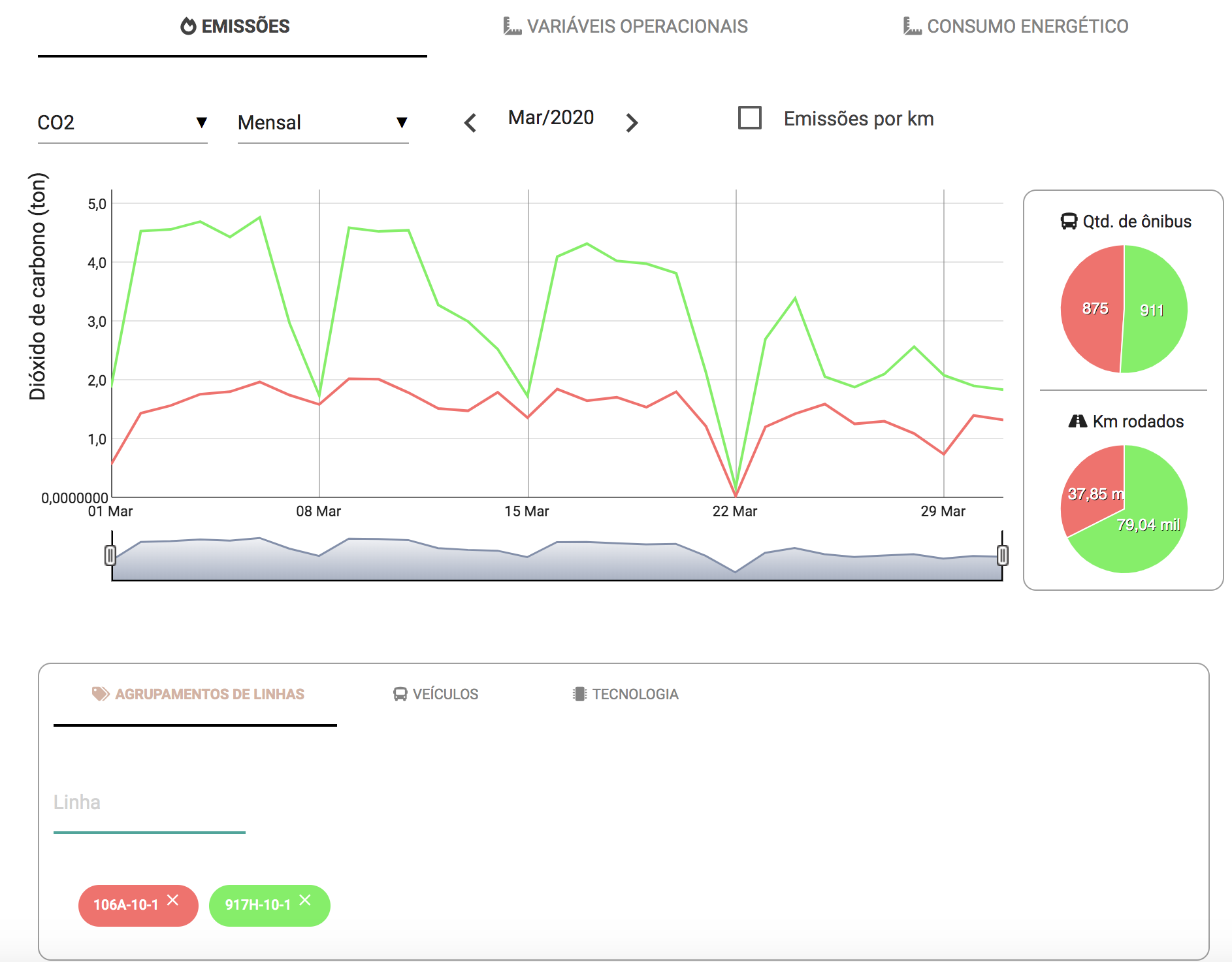 The second session of the workshop, held on April 28th, was about computer networks and had 50 remote participants from 9 institutions. 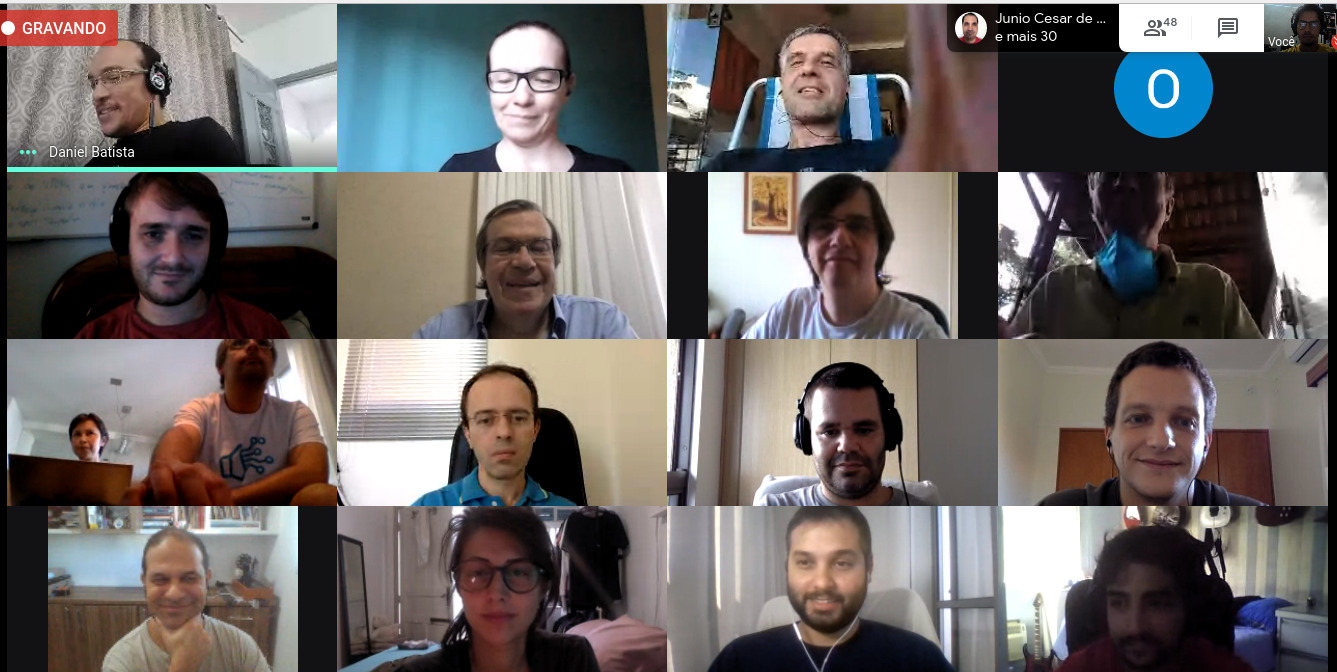 Some of the participants in the Second Session

The first work of the second session was “Microservice Placement in Multi-tier Cloud-to-Fog Networks”, presented by Masters student Fillipe dos Santos Silva, supervised by Professor Edmundo Madeira from Unicamp and co-supervised by Professor Roger Immich from UFRN. In his presentation, Fillipe highlighted the importance of using fog computing to guarantee the Quality of Service required by future multimedia applications on the Internet. In this scenario, an important decision concerns the choice of location in a city where microservices will be executed: Services closer to the user tend to offer lower latency, whereas services located farther away from the user can provide higher computational power. In the work, Fillipe presented good results when using a new placement algorithm based on the creation of a hierarchy between the devices of the computational fog. 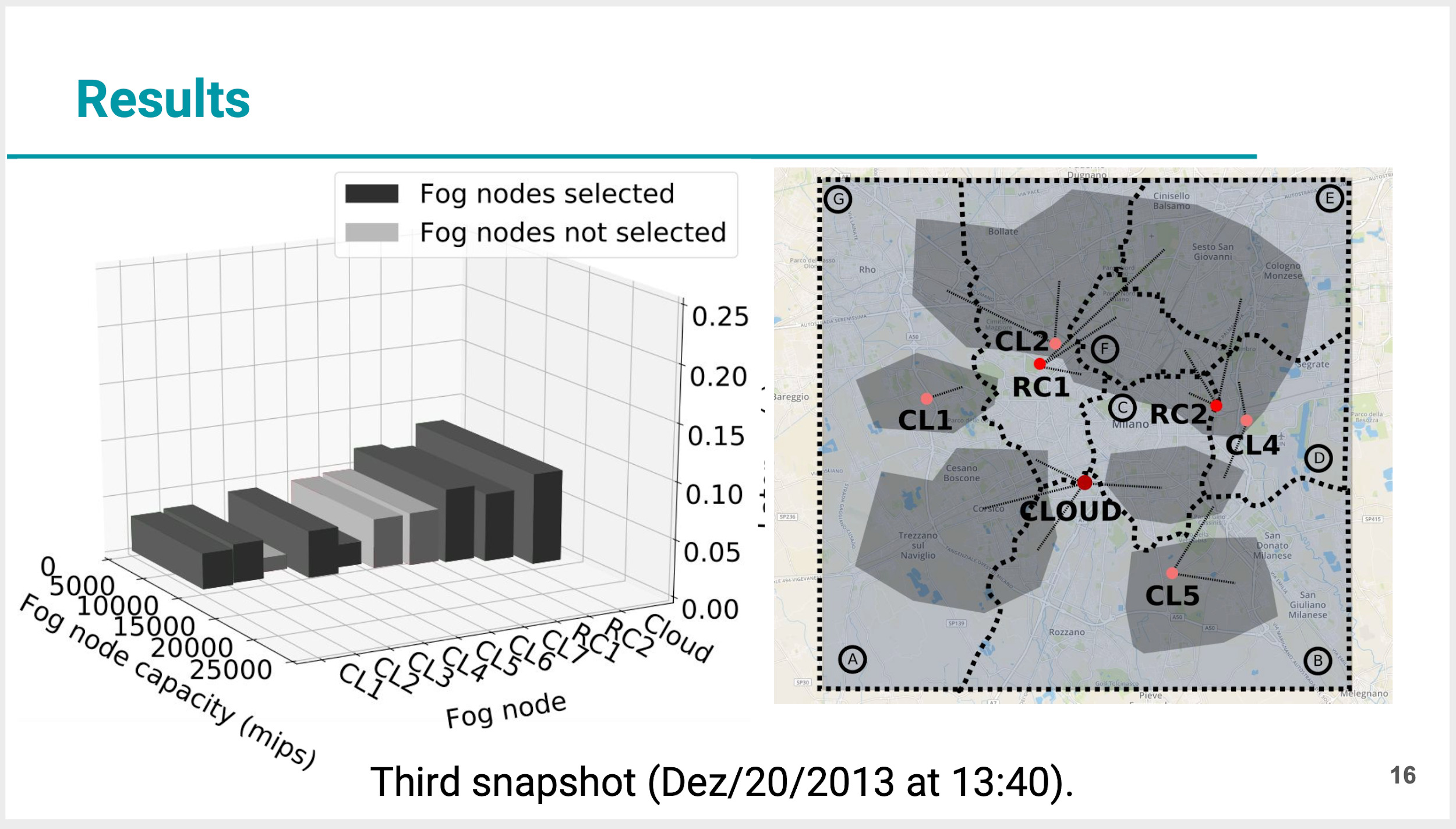 The second presentation, entitled “Network Slicing in the Fog to Support Mobile Users With Different Requirements”, was presented by Ph.D. student Diogo Machado Gonçalves, supervised by Professor Edmundo Madeira and co-supervised by Professor Luiz Fernando Bittencourt, both from Unicamp. Diogo showed good preliminary results that justify the use of network slicing to deal with the heterogeneity present in mobile networks. The effect on network quality metrics by users moving in vehicles at different speeds was highlighted. 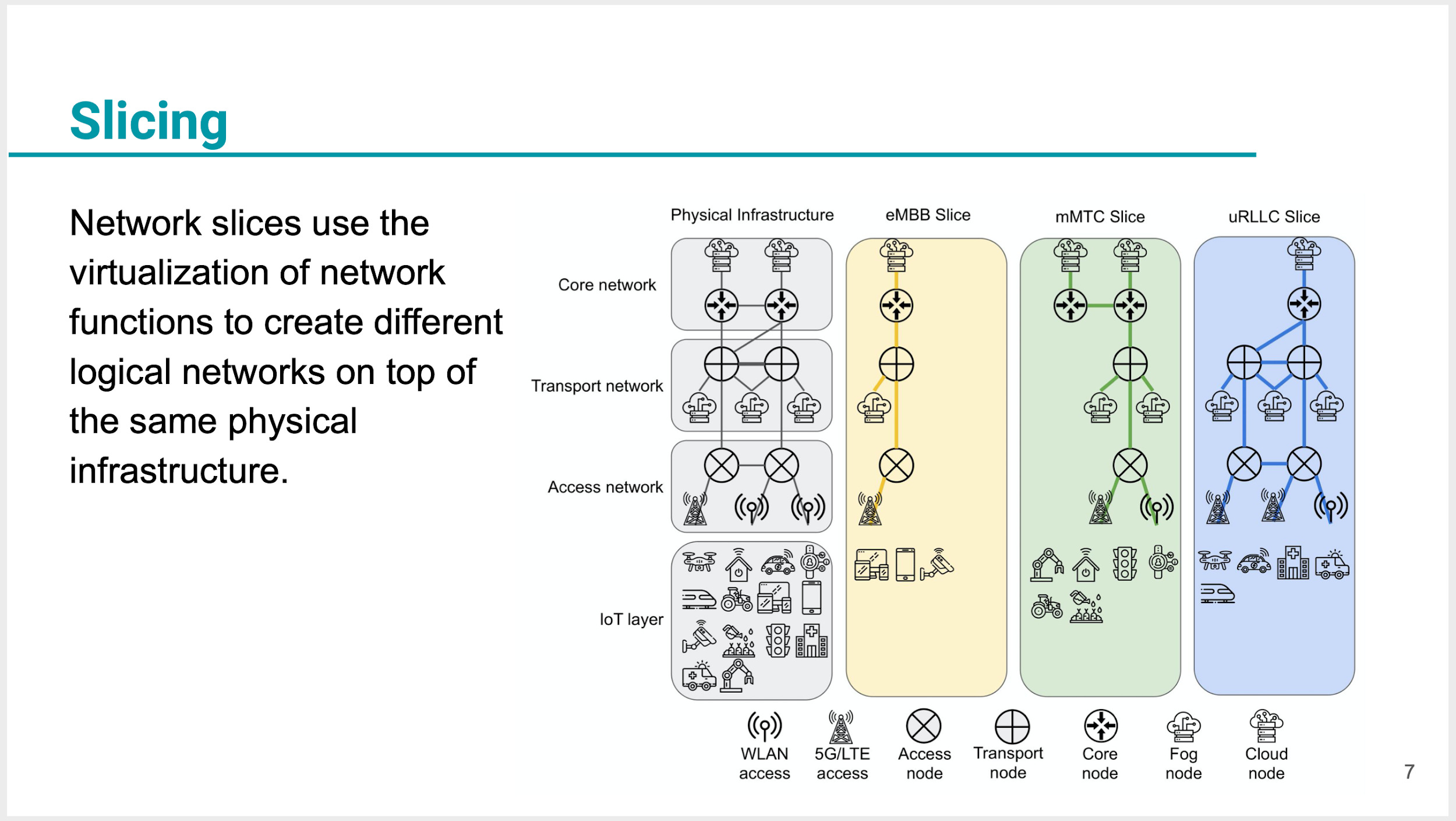 Rodrigo Izidoro Tinini, Post-doc from UFABC, presented the work “Efficient Resource Management in 5G Optical Networks based on Cloud and Fog”. Rodrigo justified the importance of an architecture for 5G networks based on the use of cloud computing, together with fog computing, for the processing of the wireless network baseband signals. Optical networks play a fundamental role in this architecture, as they connect the baseband units, now virtualized, to remote radio heads. In comparison to architectures that use only cloud or only fog, the proposal presented by Rodrigo obtained a good balance between energy consumption, latency, and blocking probability. 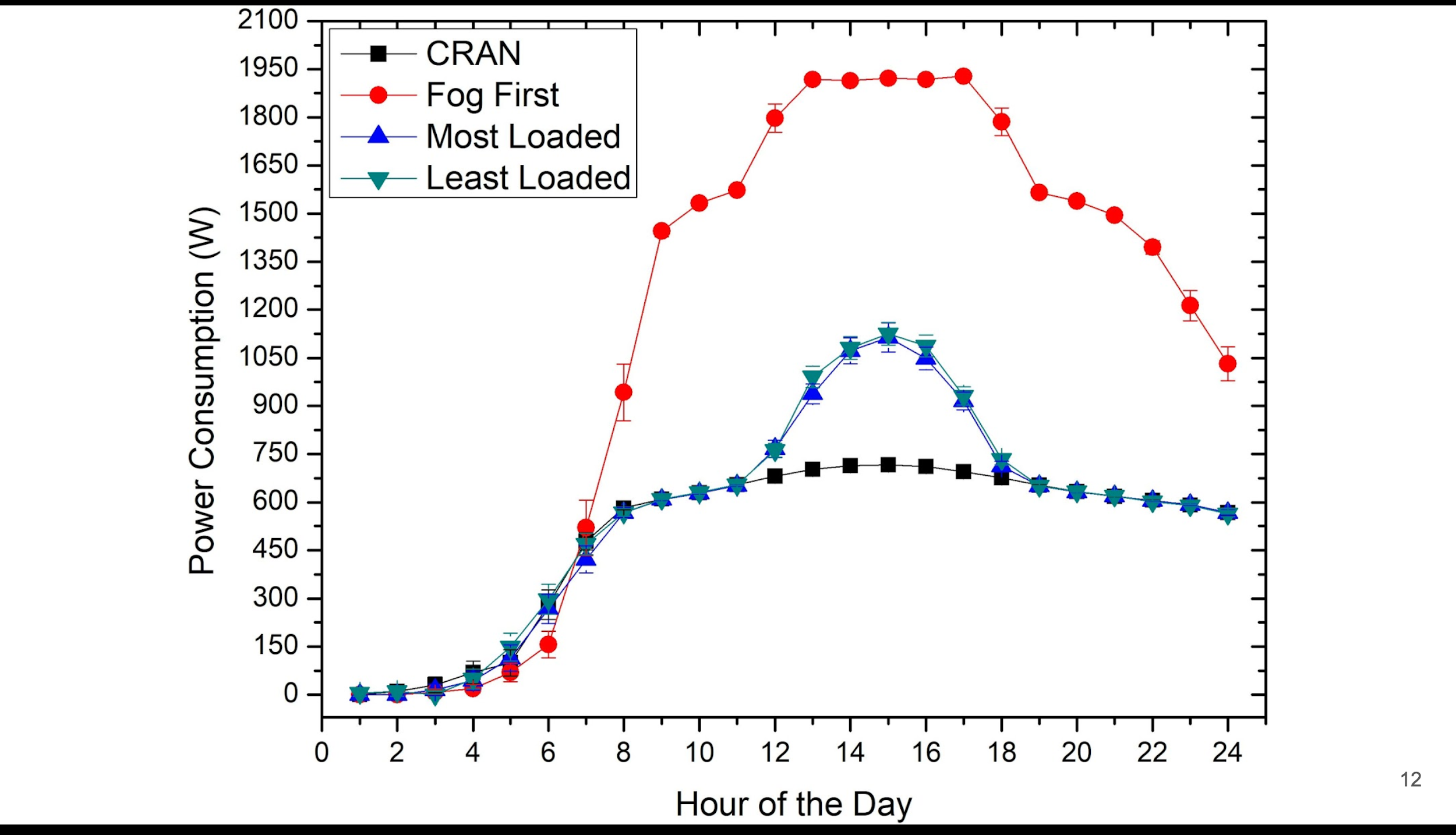 The fourth presentation of the Session, entitled “Federated Learning in Edge Computing for Real-Time Traffic Estimation in Smart Cities”, was presented by Masters student Matteus Vargas Simão da Silva, supervised by Professor Luiz Fernando Bittencourt from Unicamp. Matteus showed good results with the use of Federated Learning to predict the estimate of traffic on mobile networks. This prediction is useful for anticipating the allocation of network resources, increasing the quality of computational applications running on mobile networks. 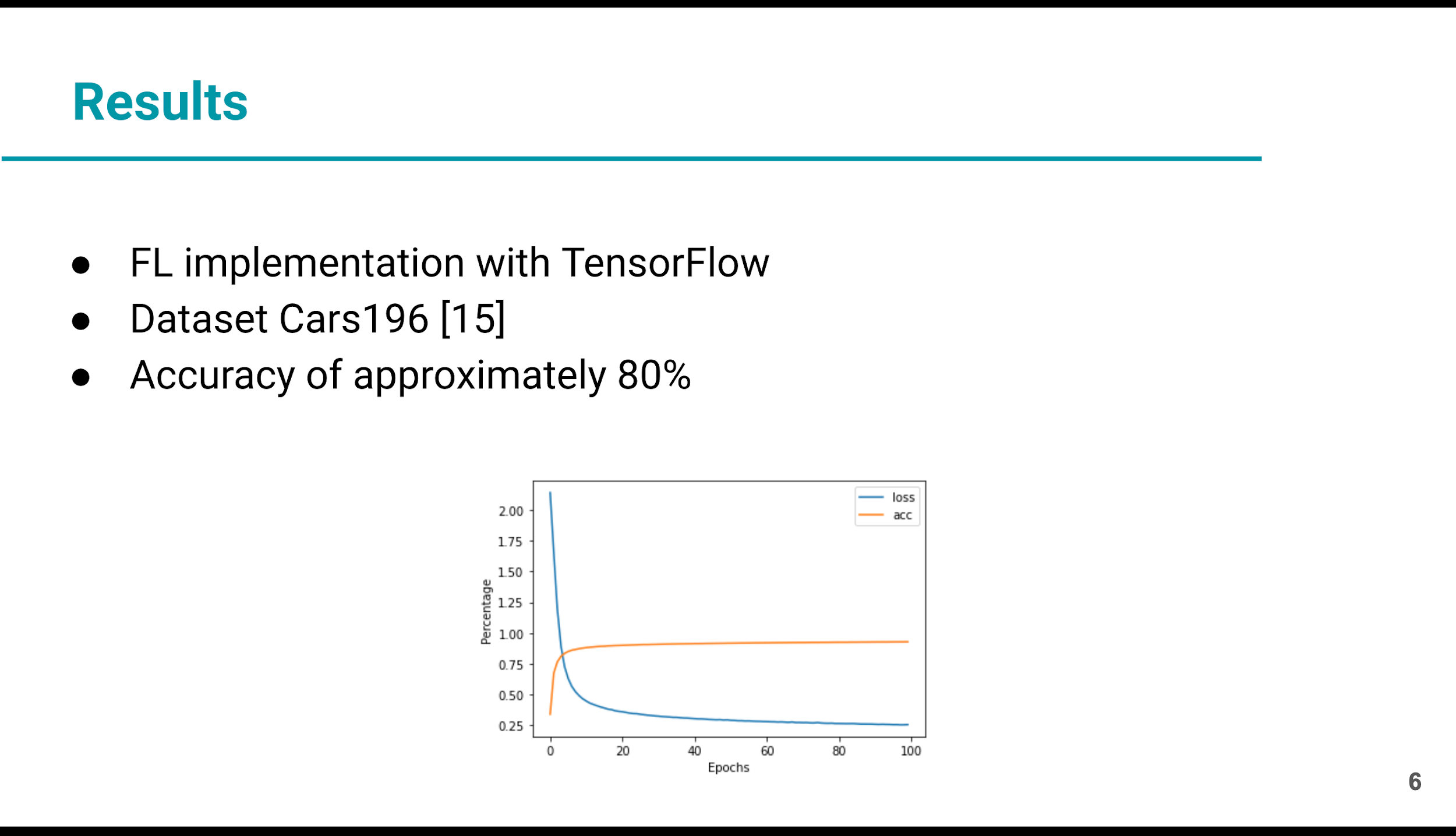 The next scheduled workshop sessions are about Internet of Things Platforms (May 12th), Big Data and Cloud Computing (May 26th), and other topics such as citizen science and middleware (June 9th). Those works presented at the workshop with great interest to the general public will, in the coming months, be replayed as open lectures online. They will be publicized in advance.

The main sponsors and partners of the InterSCity project are CNPq, FAPESP, and CAPES. The project is carried out through collaboration between respected Brazilian educational and research institutions and companies.